TBEN-S Modul in a Punch Bender for Print Shops

Machines in the printing industry have many interfaces to the office world. Plate setters, punch benders and the actual printing machine must be networked together and connected to the system of the print shop. Barcode scanners and monitors also have to be connected. Ethernet solutions simplify this through the use of the common TCP/IP platform. As a result, Beil Registersysteme GmbH also uses Ethernet solutions in its machines for the printing industry, including Turck's ultra compact TBEN-S I/O modules. The wiring in the machine as well as the integration in the controller environment couldn't be simpler. 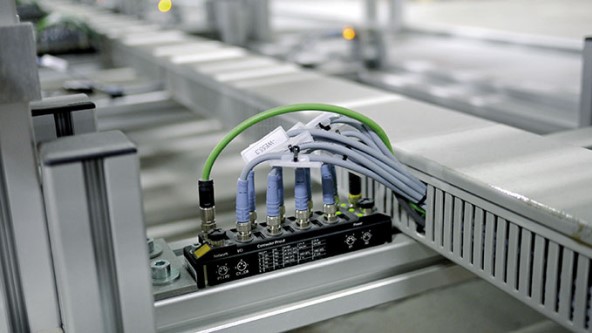 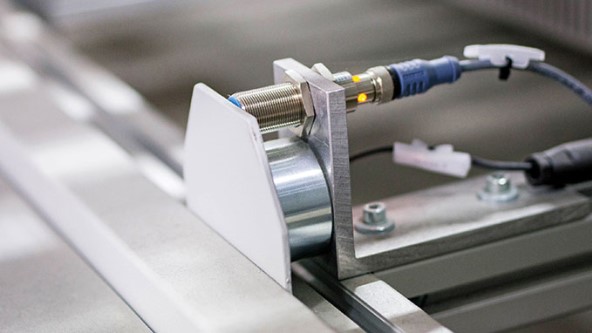 Signals of the sensor and the electromagnet are directly connected to the TBEN-S on the stacker carrier. 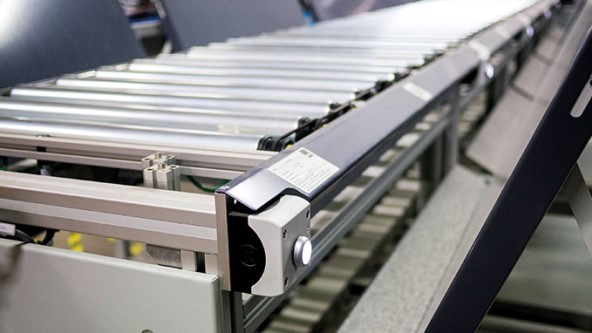 The illuminated pushbutton indicates that the cart is ready for fetching. 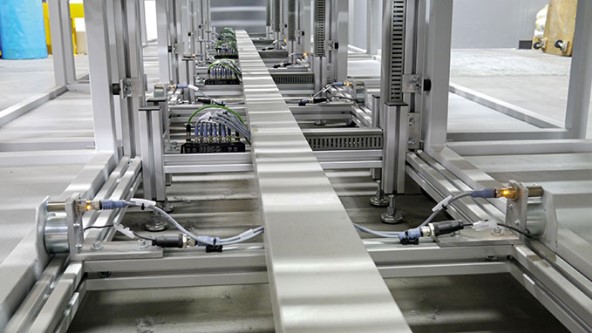 The TBEN-S modul connects the input and output signals of the sensors and actuators. 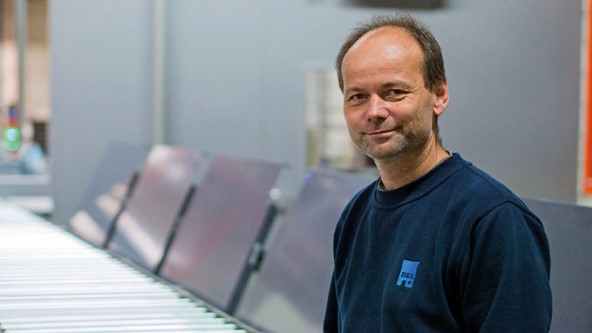 “We wanted to save all this effort and replace it with a decentralized solution.” (Michael Denk, Beil)

The punch benders, as well as the turning unit and stacker for a specific process in the offset printing, frequently come from Beil Registersysteme GmbH, based in Abensberg, Bavaria. The company is one of the few full-range suppliers worldwide for punching and bending printing plates in all segments of the printing industry.

Beil produced a punch bender together with a rotating table and stacker for a Belgian print shop near Antwerp. The data transfer between the different machines involved in the printing process is now implemented with Industrial Ethernet and is considerably easier and more economical to set up than with conventional fieldbuses.

After bending, the printing plates are identified by their data matrix code and transported to the Beil stacker. In the Belgian plant, the plates are already punched in the CTP machine. The stacker is equipped with vacuum grippers in order to set up the plates carefully. After receiving 100 to 120 plates a cart is filled, and this is indicated to the operator by a light and acoustic signal. The cart can be released via a signal actuator. A control slip is printed at the same time in order to identify the plates stored on the cart.

To anchor the carts on the stacker, electromagnets are fitted which can be locked or released via the pushbutton actuator. An inductive sensor detects whether a cart is positioned correctly. If an emptied cart is positioned in front of the sensor, the light button flashes and the cart can be locked again for renewed filling. Two carts are positioned opposite the stacker to form a module, and the print shop in Belgium has a total of five modules.

Instead of the conventional point-to-point wiring, Beil used Turck’s TBEN-S-I/O modules with IP67 protection. The Profinet modules collect the signals directly on the stacker and bring them to the box PC controller in the control cabinet. The TBEN-S modules are connected up in a linear topology.

Ethernet address and web server on board

The TBEN-S modules have a very compact design and, thanks to their width of only 32 mm, could be mounted directly on the 40 mm profiles of the module carts. An even more noteworthy feature of the compact design is that the modules do not require a sub-bus with an additional Profinet coupler. Each module is an autonomous Profinet station with its own Ethernet address. A web server and two Ethernet ports for linear topology are also on board.